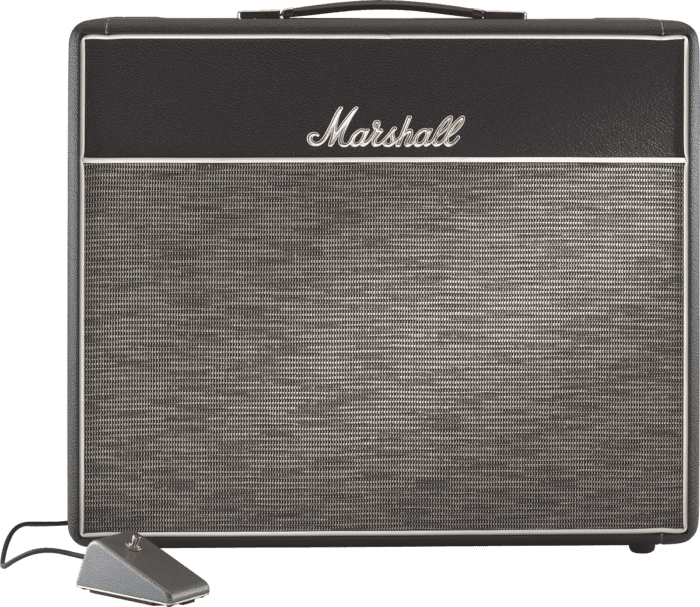 The 18w 1974X is a re-issue of the 1974 produced between 1966 and 1968. Just like the original, the 1974X is valve driven, hand soldered, with an aluminium chassis, and has a Tremolo circuit. Its two-channel design includes volume, tone, speed and sensitivity on channel one, the tremolo channel and volume and tone controls on channel two. The special 12″ Celestion G12M-20 Greenback in the 1974X has been ‘aged’ to get as close as possible to that vintage, worn in sound of the 1974.

Quicker to overdrive sooner than an amp of higher power to produce harmonically rich, vintage Marshall tones at volumes that won’t shift your hearing.

Due to the lower wattage and sensitivity of the amp, it will allow you to articulate each note. It is perfect for the studio.

Produces rich, all-valve tones that you can easily manipulate using the speed and intensity controls.