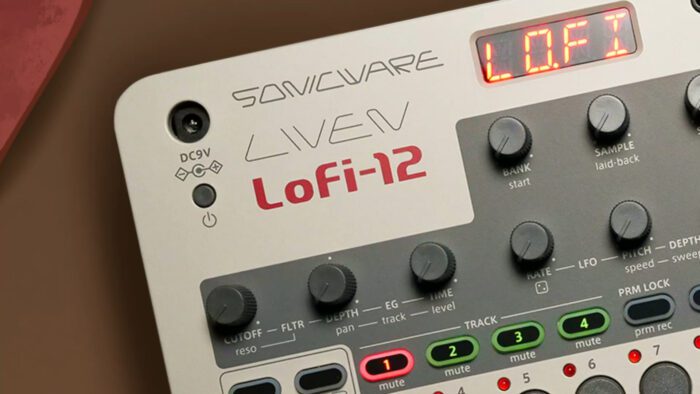 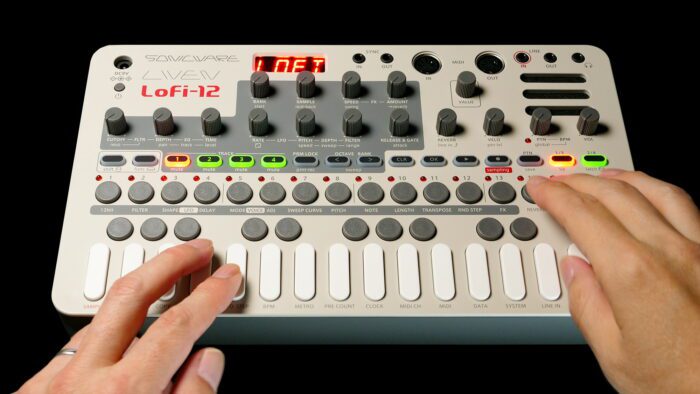 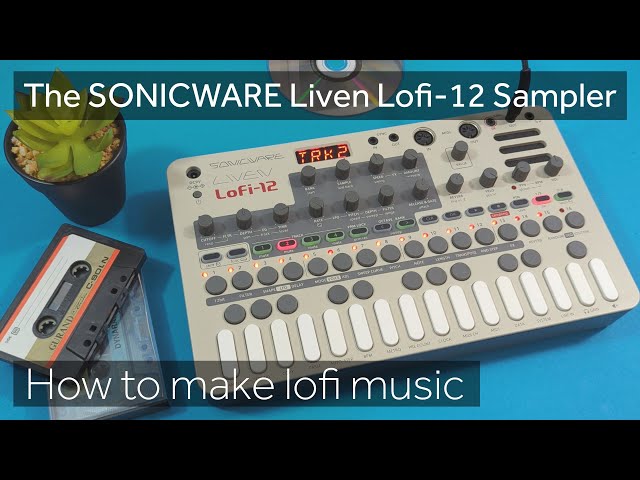 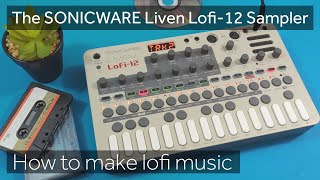 The Lofi-12 allows 12khz and 24khz sampling frequencies with 128 sample slots. The samples are either 2 or 4 seconds long depending on the chosen frequency. Audio can be recorded directly into the internal memory via the Line In socket, after which sampled sounds are immediately playable across the keys chromatically. Sample playback is not interpolated (not smoothed out) so they have a gritty quality rather than being dulled by the low sampling rate.

A lot of features have been brought over from the Liven XFM including it’s sequencer, voice modes, parameter locks etc, but this time the maximum polyphony is 10 rather than 6. Plus each track has it’s own effects section that can be modulated by the parameter locks and the reverbs found in the Liven 8Bits Warps are here in a dedicated master reverb section with the addition of Tape and Vinyl effects.

There is a deep editing overlay like the XFM which enables samples to be trimmed, looped and reversed. It’s possible to record in instruments and waveform and then loop sections to make the sound loop cleanly, a slight cross-fade is used to accomplish this.

The same Sound Locking function found on the XFM is present too so it’s possible to modulate the sample selection in each track, so having a track play a kick and then a snare is entirely possible.