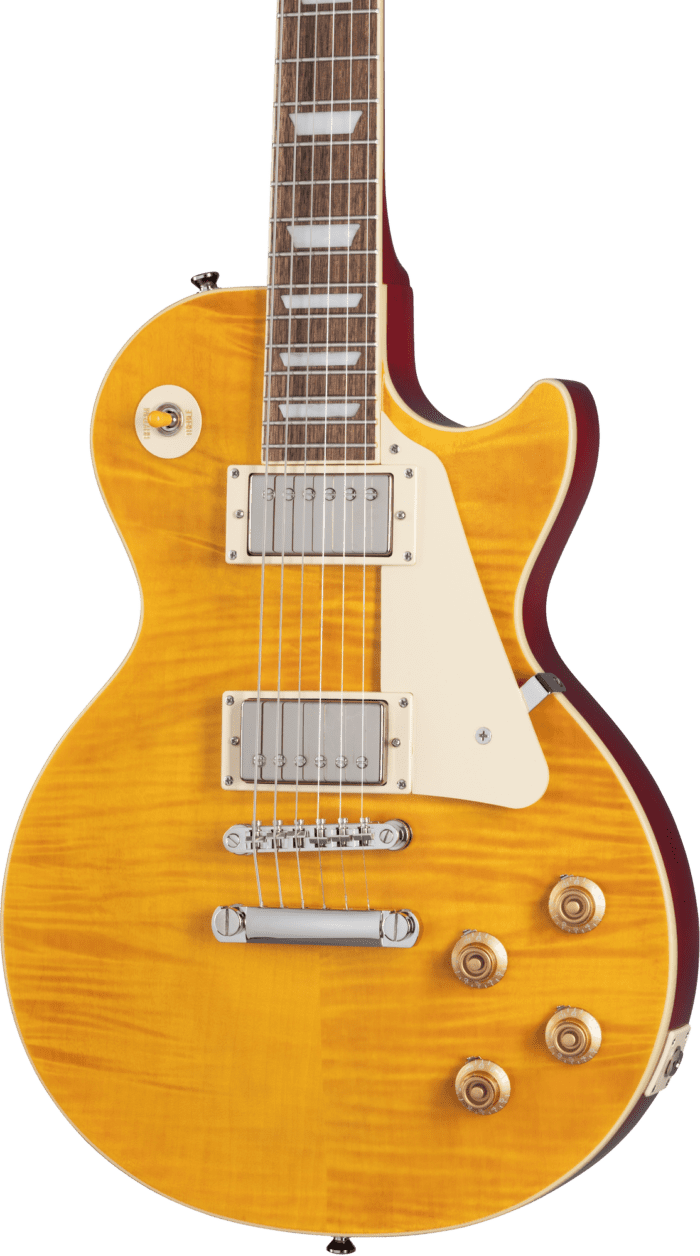 When blues-rock guitar legend Joe Bonamassa found ”Lazarus,” a rare 1959 Gibson Les Paul™ Standard, it was in poor condition and had been refinished red. Like the Biblical Lazarus, Joe’s original guitar was brought back to life. Once it was restored, its stunningly figured top was revealed. Now Joe Bonamassa is once again collaborating with Epiphone, this time on a guitar inspired by his Gibson™ ”Lazarus” 1959 Les Paul Standard.

Featuring a one-piece mahogany neck, a mahogany body with a maple cap, topped with a wide-grain AAAA flame maple veneer, it’s outfitted with Gibson BurstBucker™ pickups and 50s style wiring with CTS® potentiometers and Mallory™ capacitors. It comes in a vintage-style case with Bonamassa graphics. A Certificate of Authenticity is also included.