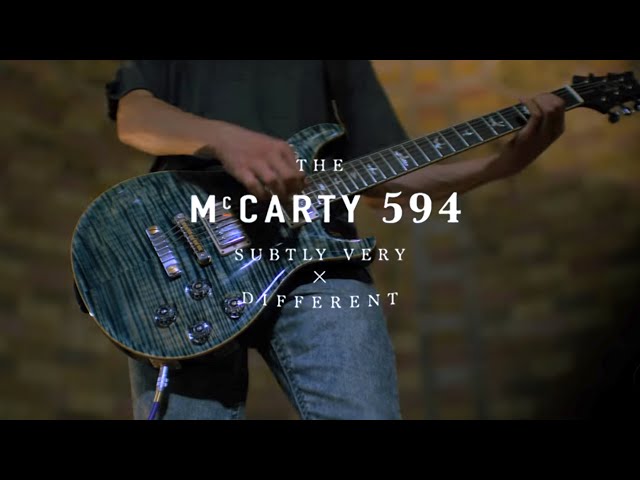 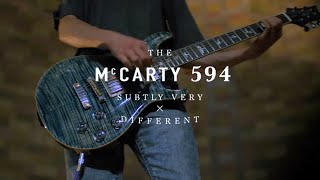 The McCarty 594 is a vintage-inspired instrument that is at once incredibly familiar and effortlessly playable. Whether you are looking for rich, authentic, vintage humbucking tones or nuanced, sweet singlecoil sounds, the McCarty 594 can seamlessly master both sonic territories thanks to the 58/15 LT pickups and push/pull coil taps on the tone controls. The electronics layout, a few key specifications, and PRS craftsmanship combine in the McCarty 594 to create an instrument that plays in tune, is intonated the entire length of the neck, and feels like a guitar that you’ve been playing forever.

A few key specifications that contribute to the McCarty 594’s tone and feel are:

”The 594 is the best new guitar I’ve played in years. It has a vintage heart and soul but without the technical limitations that usually come along with an old instrument. What good is an old guitar if you can’t get all that feel out of the upper frets, or the intonation is off? To hear that old PAF sound but be able to articulate the notes in a way that only modern manufacturing could allow is so exciting.” – John Mayer