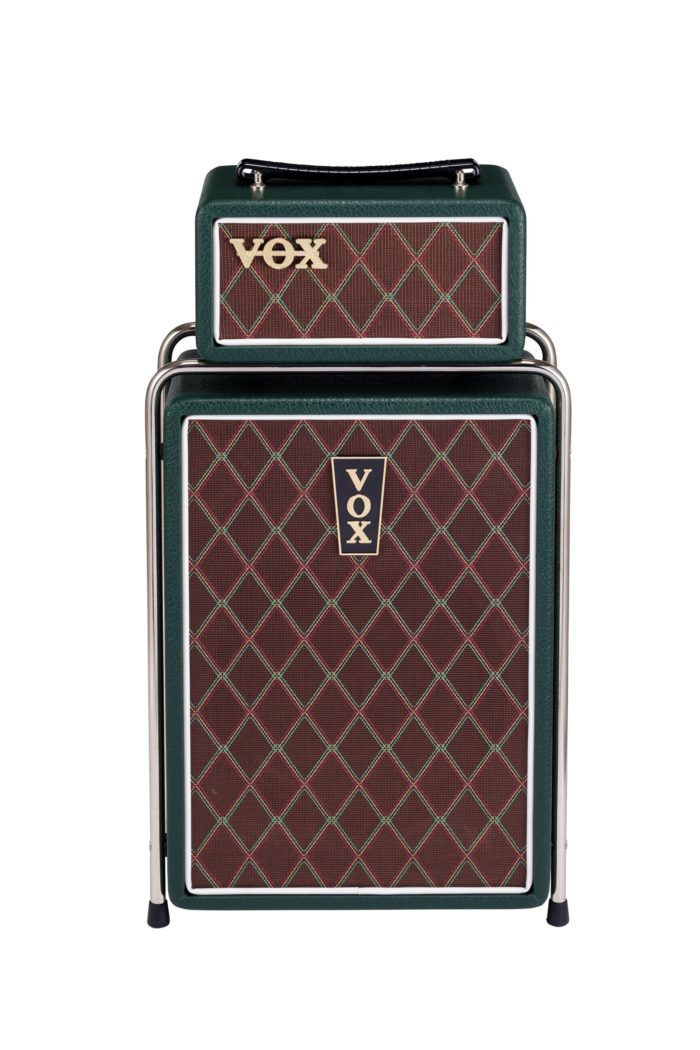 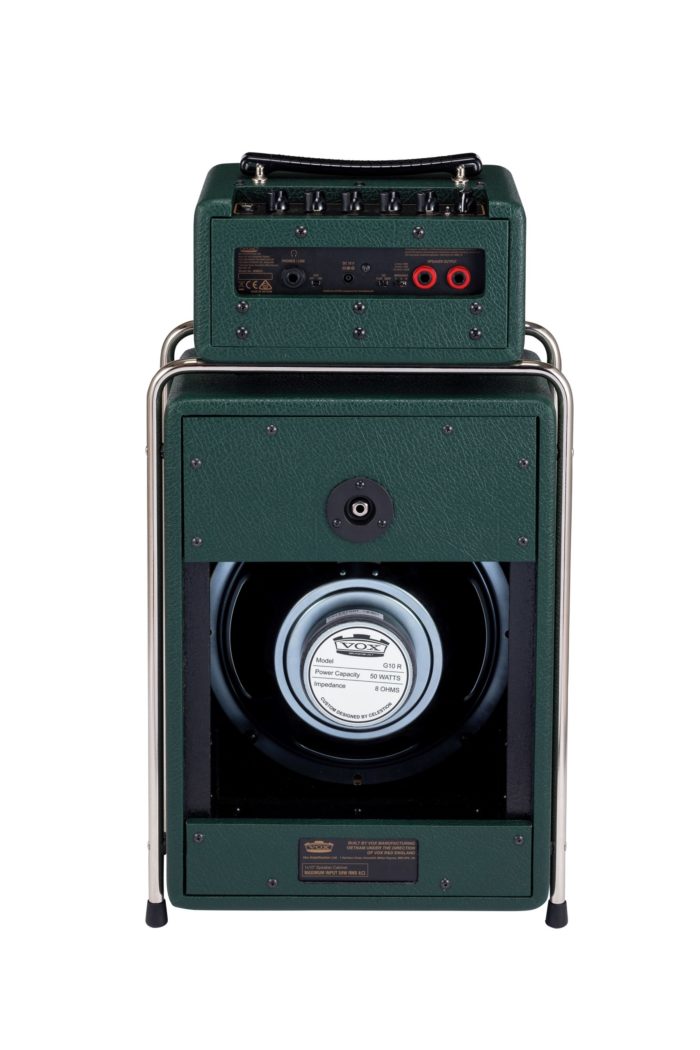 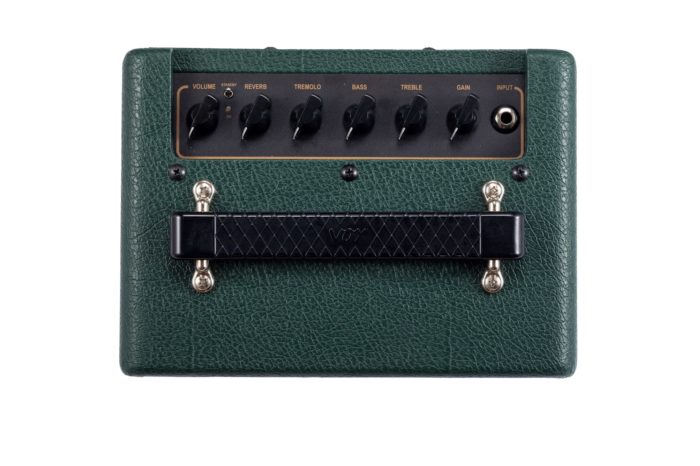 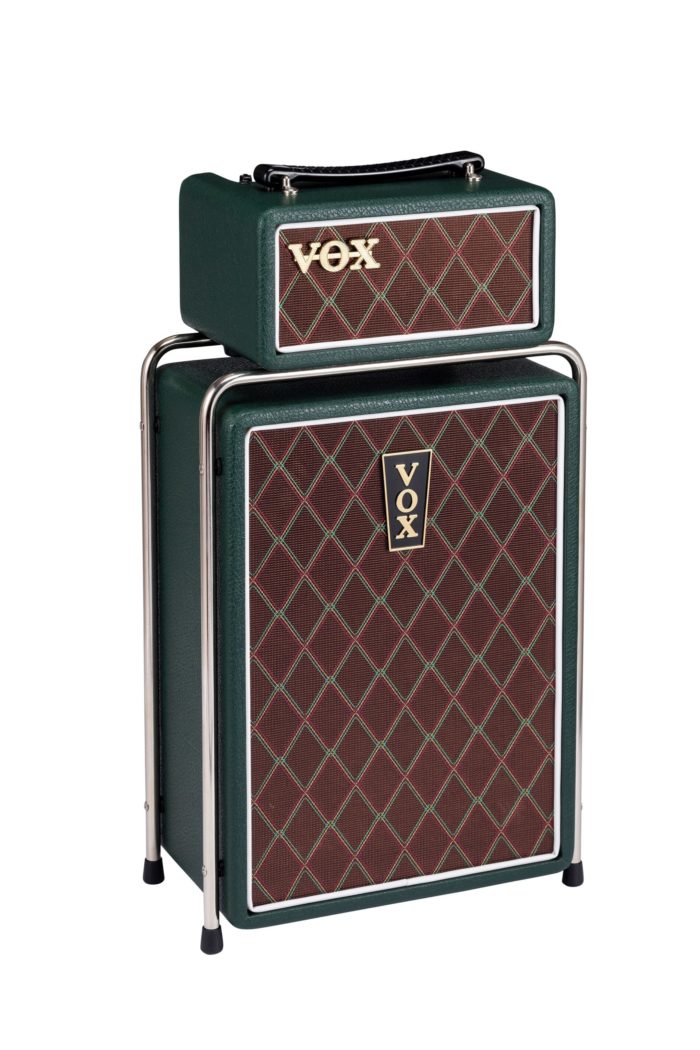 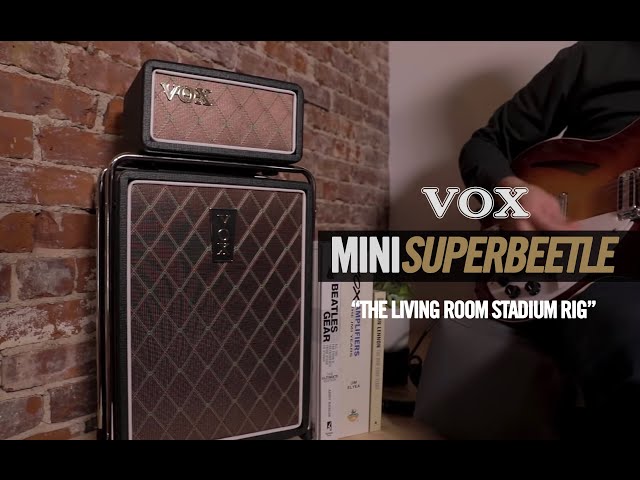 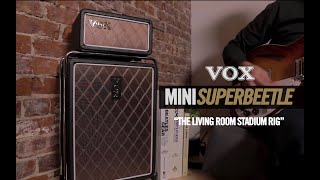 Equipped
with the Nutube – the new vacuum tube – this amp faithfully reproduces the
character of VOX’s legendary AC30, delivering serious sound that exceeds what
its appearance would suggest. Great to play and great to display, the VOX MINI
SUPERBEETLE is a guitar amp that will fit right into any guitarist’s lifestyle,
and now it’s available in a new British Racing Green color model. Consider
expanding your collection with a VOX MINI SUPERBEETLE in a new and
sophisticated color.

An iconic
VOX design reimagined for a new generation.

Instantly
recognizable and now available for a new generation of guitarists; the VOX MINI
SUPERBEETLE.

Straight
from the history books, this iconic VOX design has been redesigned with all-new
analog technology.

–
Traditional VOX AC tones, powered by Nutube, with a maximum output of 50W (at 4Ω)

– An
open-backed cabinet equipped with one 10-inch Celestion speaker

– A classic
design that looks just as good as it sounds. A perfect addition to the home of
any British Rock fan, even as décor

Serious
sound that exceeds its appearance

Nutube is
the new vacuum tube developed in a collaboration between KORG and Noritake
Itron. This dream device uses vacuum fluorescent display technology to obtain
the same vacuum tube sound and response, while eliminating the problematic
aspects of a vacuum tube, and has begun being used by VOX as well as other
musical instrument manufacturers. The Nutube is used in the VOX MINI
SUPERBEETLE, faithfully reproducing the tonal character of VOX’s legendary
AC30. The sparkling, chimey sound that has captivated guitarists for more than
fifty years is alive and well in this new amplifier. Additionally, the
traditional VOX tremolo effect has also been included. The amplitude of the
tremolo also changes the depth of Nutube distortion, varying the sound,
resulting a true tube driven tremolo effect. Also provided is a digital reverb
that simulates a classic spring reverb, dramatically improving the potential
for shaping your sound. An extension speaker cabinet can also be added to this
package for more volume when you need it. The MINI SUPERBEETLE is not merely a
reproduction of the classic stack; it is a true re-imagination of the amp that
has been updated to meet the needs of today’s players.

An amp
designed for fans of British Rock heritage; play it, and also enjoy it as décor

VOX boasts
a sophisticated sense of design that is unmatched by any other guitar amp
manufacturer. From a historical point of view, there is no other guitar amp
that resonates so strongly with music aficionados in both looks and sound.
Throughout VOX’s history, the AC100 stack set, wrapped in its chrome frame
stand, stands out as one of the amps that exemplifies VOX and its lasting
impact on pop culture during the height of the British Invasion. The VOX MINI
SUPERBEETLE emanates the spirit of that shining history, and is the rare amp
that you’ll enjoy not only while playing it, but also as décor. It’s a
privilege that’s backed by more than sixty years of VOX history.